At this point, I’m sure we all know about how bad plastic is. If you don’t, have you been living under a rock? So many companies took it upon themselves (as they should) and started creating packaging from recycled plastic, biodegradable things, or just… removing the packaging altogether.

First of all, if you want to read about my thoughts on some more Lush things, you can click here.

First of all, I need to remind you that Lush have that thing where if you bring back 5 of their black pots, they will give you a fresh mask in return. So don’t be throwing them pots away and go and exchange them while saving the planet.

Now let’s spill the naked truth about Lush naked products. I can’t help myself but sing that ‘Nakey, nakey, naked’ line from that song, Wild Thoughts

DianaoffDuty uses affiliate links and these products have been gifted by Lush Bulgaria.

This post is not sponsored. Read the disclaimer for more info.

Here is some information on the brand, if you haven’t read it in my previous Lush post:

3. They use fresh, organic fruit and vegetables, essential oils and safe synthetics. A small amount or no preservatives and packaging.

After we know all of this, here comes my review. I will show you the products that have a packaging in this blogpost and in a future blogpost, I will review the ‘naked’ ones (nothing spicy, people, nothing spicy). 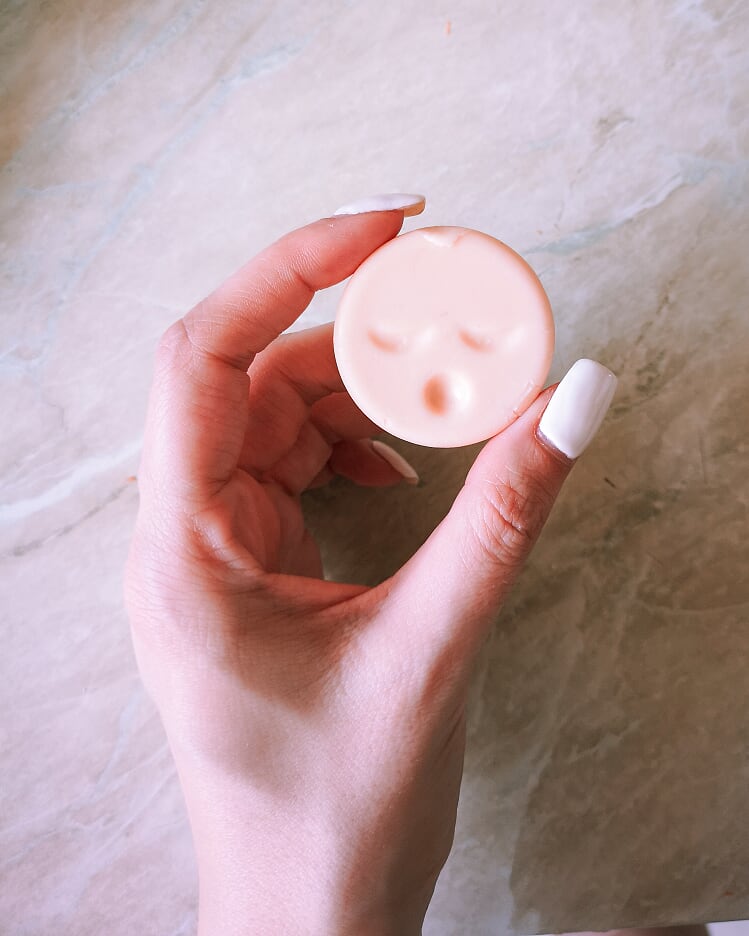 I briefly mentioned this product in a video I posted on Instagram stories of me removing my makeup (it’s in my IG highlights , if you want to see it) and it is honestly life-changing. I do suggest everyone use the double-cleanse method (although mine is more of a triple-cleanse) and this is a great first step for that.

It melts all of my makeup, even the Givenchy Volume disturbia mascara, which is truly hard to take off completely.It also smells heavenly. A blend of Fair Trade organic cocoa butter, balancing jojoba oil and almond oil keep your skin soft and moisturised, while oat milk cleanses the skin.

On the Lush website it says to remove it with a damp wool cotton or a cloth, but I always follow up with a gentle cleanser as a second step to fully remove the makeup and dirt of the day from my face. However, you could use it as your only cleanser, if you haven’t worn makeup (I am an avid advocate of the double cleansing method).

You can see a ‘swatch’ of this on this photo on Instagram..

I have to say, while I love this product,after I have used it a bit more, I can safely say that you should not use this as a moisturiser.

Ok, storytime. I forgot to replace my body lotion in time so I decided to use this for its moisturising properties. It’s full of oils and butters, so it works great. However, when you use as much of this product as you need when it comes to moisturising your whole body, you are left with so much shimmer on you that you will have magpies going after you wanting to steal you because you’re going to shine so bright, not even diamonds in the sky are going to want to have anything to do with you. Which is not a bad thing, for me at least.

However, you are also going to gain the ability of turning everything you touch into a disco ball. I still find specks of glitter on my sofa and I haven’t used this thing in a month.

So, be careful with it. If you use a tiny amount, just for a veil of shimmer – it’s perfect. But don’t use it as your only way of moisturising your skin. Use a lotion underneath. Don’t be me. 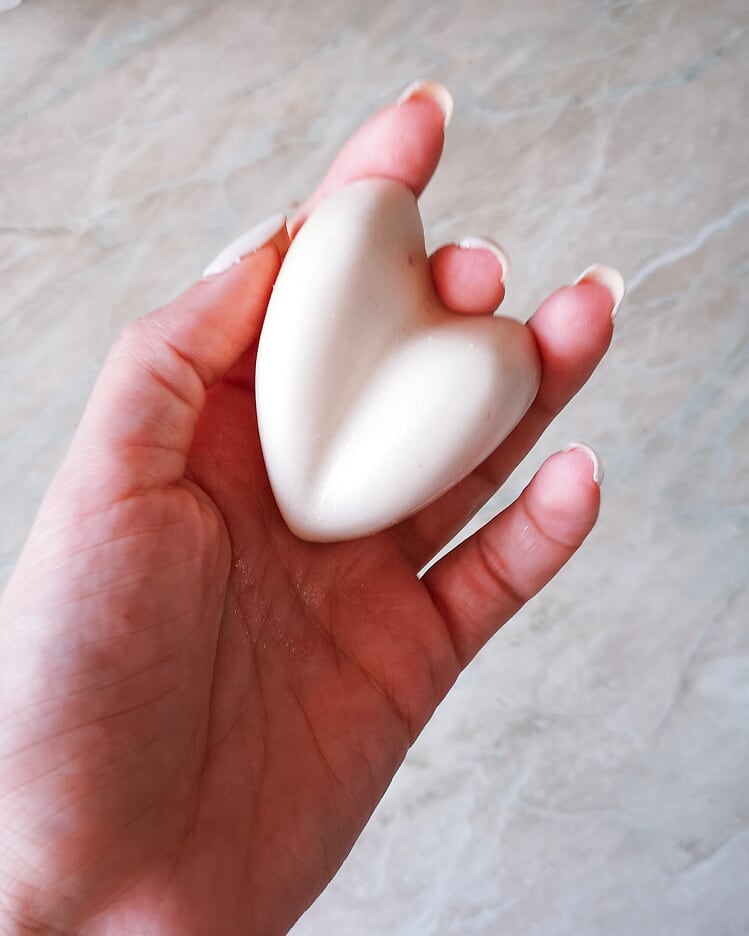 I have never used anything like this. I had a bath for a few months in my last apartment, but I never really bought a bath bomb during that time. So I can say that I have no idea what bath bombs look like when they dissolve. I mean, I have seen videos of them on the internet, but never in person.

Anyway, this was so much fun to use under the shower. It starts fizzing a little and it turns into a moussy froth in your hand and you use that froth to wash yourself. Maybe the only thing that bothers me is that I can’t see how I would use it with a loofah and I just feel a little cleaner when I use a loofah instead of my hand to wash myself.

It smells super fresh and citrusy (duh, Sicilian lemon oil) so I get where the name came from. It is made with white rice, which gently exfoliates the skin but it isn’t as much as a normal scrub would (like the Scrubee, for example). However, it doesn’t leave the skin tight and dry thanks to the blend of Neroli oil and Sicilian lemon oil.

At £2.75 a piece it is a little pricey for one use. However, if you really want to, you can cut this and use it 2 times, I think. I had so much fun watching it fizz up, though. It would also make a great gift for the colleague who smells a little funky. 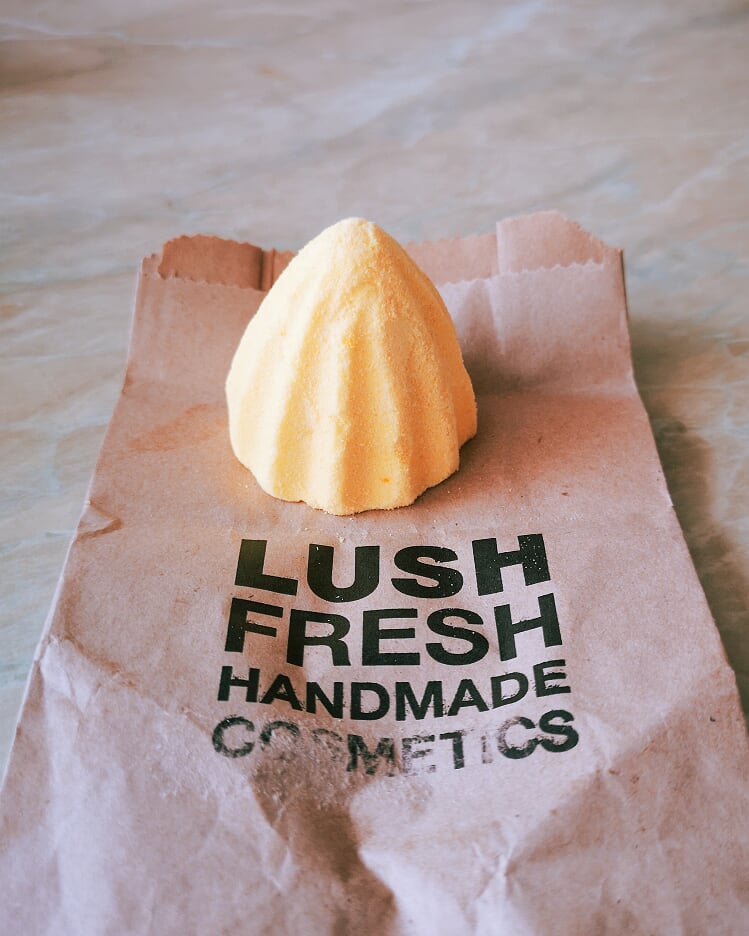 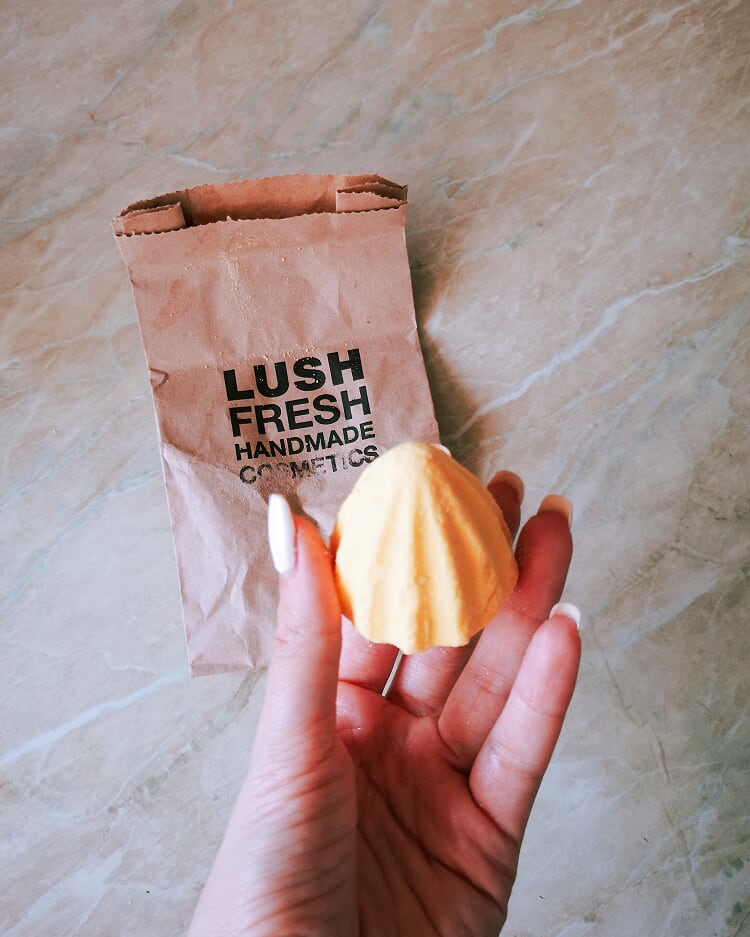 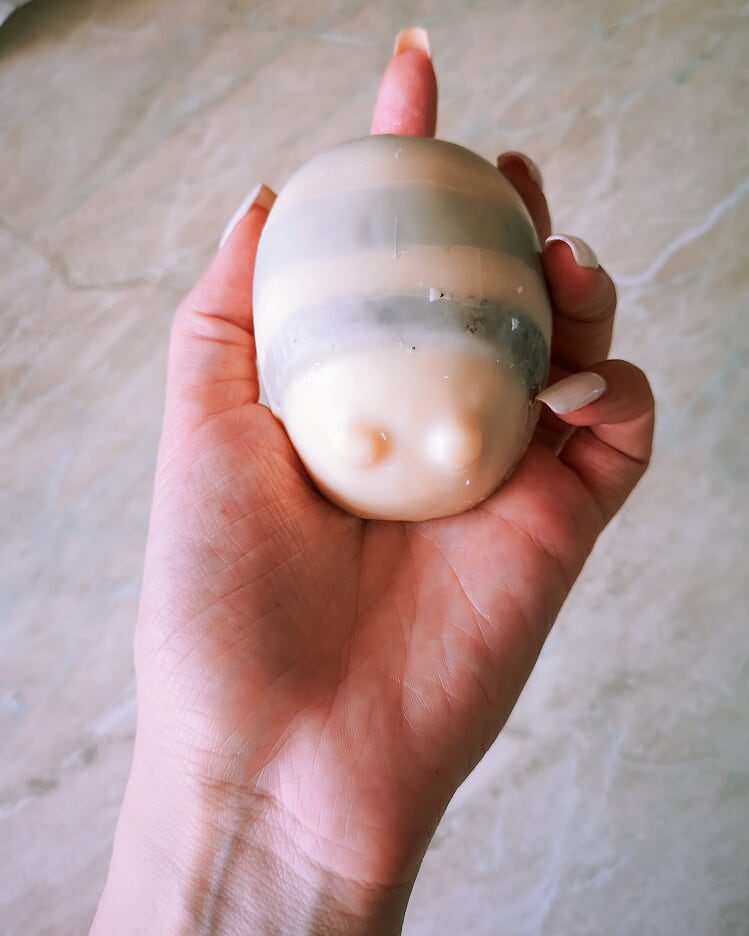 I love this, but my shower drain hates it..

It is a great exfoliator, it feels gentle, yet it does the job. Honey and cocoa butter work to moisturise the skin, while ground coconut shells and almonds slough the dead skin cells off your body.

It is great to use for shaving, but bear in mind if you have never used oils for shaving – your razor blades will get dull more quickly.

However, the thing I didn’t like was that little specks of the butters go directly into the drain and harden up there, so expect to have to unclog your drain more often when using this. Since this is a wash off product, there aren’t many ways to avoid this, but I am open to suggestions.

So, although I enjoyed all of the products, here are the ones I’m definitely going to purchase with my own money. Or otherwise said, the ones really, truly worth it imo:

Sleepy faceSo easy to use, melts everything off and it’s easy to travel with, if you have a tin to put it in.

Scrubee body butter. Although it clogs the drain, it is still a great product. I need to think of a way to catch the specks before they go into the drain. Maybe a tiny mesh?

The It’s raining men shower gel (I think it is replaced with Honey, I washed the kids) or another shower gel, because it truly is a great product.

Lip scrubs.I need all of them, like pokemons. I have been converted and I am going to have to buy one soon, because I left mine at Dobrich and I have been using the DIY method of honey and sugar but it’s just not as good.

Mask of magnaminty. This is the best face mask for when my skin is not feeling it and is acting up on me. It’s also super fun to use because of the cooling effect.

DO YOU HAVE A FAVOURITE LUSH PRODUCT?

This website uses cookies to ensure your best experience. If you continue to use this site we will assume that you are happy with that.Ok